WHO INSPIRED YOU TO KICK START A MUSIC CAREER AND WHY?

“My mom and I always used to sing together in the kitchen. We’d make up little sketches, put on funny voices. My love of performing was very much cultivated by her from an early age. It was either music or acting. When I left America and started school at 14, all the friends I made were musicians. So that was that.”

YOUR SOUND SEEMS WELL-SUITED TO A FESTIVAL CROWD – IF YOU COULD PLAY MAIN STAGE AT ANY FESTIVAL IN THE WORLD, WHICH WOULD IT BE AND WHY?

“Hangout Festival would be a lot of fun! I played there last summer, it was amazing. There’s something about being by the ocean that gives it the feel of a musical beach party. I haven’t seen that anywhere else!”

FOR PEOPLE WHO MAY NOT HAVE HEARD YOUR MUSIC BEFORE, SUM UP YOUR SOUND IN 3 WORDS.

THE VIDEO FOR ‘GOLDEN DANDELIONS’ PLAYS WITH RADICAL GRAPHICS AND EDITING. WAS THAT YOUR INFLUENCE, AND IS THERE A STORY BEHIND THE VIDEO?

“I wanted there to be a very strong narrative with the psychedelics being a small part of that. Unfortunately budgetary constraints and touring schedules got in the way. I had to think of something I could do on the road. So I scrapped the narrative and left all the parts that could be done on a computer without me. The scenes of my face were filmed backstage in the Summerfest bathroom just before I broke my foot. The door was rattling the whole time; it was the Fast Romantics trying to pee before their set! Sorry guys!”

IS THERE AN ALBUM ON THE CARDS? IF SO, WHAT KIND OF SOUNDS CAN WE EXPECT?

“Yeah it’s out on the 29th of this month! The sound varies from the harder rock elements of hands to stripped piano songs, a prince inspired bedroom jam and a few more bluesy tracks.”

EVER HAD ANY CRAZY FAN EXPERIENCES?

“I’ve had some crazy fan experiences!! The craziest I can’t really talk about. But it was very good times for ol Barnsey!

Other than that, I get a lot of older married couples trying to get me into threesomes! More than you’d think! When I used to live with my old band, three fans found our house, sat on top of our van and watched us through the windows for hours!”

IS THERE AN ALBUM THAT STANDS OUT FOR YOU, FROM WHEN YOU WERE A TEEN?

“Lithium from Nirvana’s ‘Nevermind’ was particularly enticing. There was something about the fact that Kurt Cobain could write a whole chorus with just one word and some balls that electrified my teenage bones.”

OTHER INTERVIEWERS LIKE TO ASK ABOUT ‘YOUR BEST PERFORMANCE YET’. INSTEAD, CAN YOU TELL US ABOUT YOUR WORST?

“I’ve done a million stupid things! That’s why no matter how I feel, I never get too worried about stepping out under the lights. I used to do this trick where I’d swing the microphone around like the guy from taking back Sunday. Well one night I flung this thing up into the air and it just disappeared into the lights. The chorus was rolling around so i pulled down hard on the cable. Before I knew it, this thing came careening down and knocked me out. Cold and motionless on the stage in front of 5000 people!”

“I want to get my album out there as much as possible! Climb as high as I can so they’ll give me some dollar for another one!”

IF YOU COULD COLLABORATE WITH ANY MUSICIAN DEAD OR ALIVE, WHO WOULD YOU PICK AND WHY?

“It’d have to be John Lennon. As a popular songwriter his abilities are legendary. I’d love to have seen how he approaches a tune.”

“Both! How could you not be? They’re both great! Equal love!”

WE SAT DOWN WITH // THE PALE WHITE

We caught up with indie/folk artist Barns Courtney to discuss his career so far, new sounds and new record out this month! 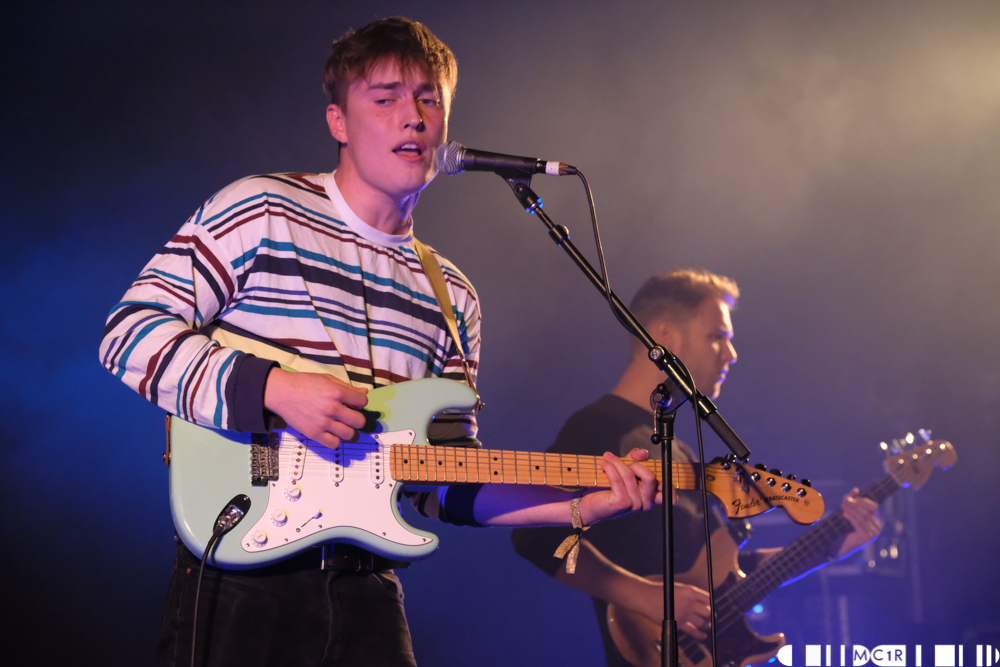 WE SAT DOWN WITH // SAM FENDER

We caught up with indie/folk artist Barns Courtney to discuss his career so far, new sounds and new record out this month!