WE SAT DOWN WITH // CUB SPORT

Brisbane’s very own indie-pop heroes Cub Sport have come a long way since they first started playing together six years ago. Having performed live sessions for the likes of Triple J & KEXP, played arena shows with The 1975 and received airplay on both BBC R1 & R6, it’s an understatement to say that the band have got a tonne going for them. With the recent self-release of their second studio LP ‘BATS’ on their own record label, we were lucky enough to chat to the four-piece’s lead song-writer and frontman Tim Nelson about Australia, surreal fan encounters, and their new record.

SO, WHO THE FUNK ARE CUB SPORT? TELL US A BIT ABOUT YOURSELVES.

HOW DID YOU DECIDE ON THE NAME? – WHAT DOES IT MEAN AND WHERE DID IT COME FROM?

When we first launched the band back in 2011 we were called Cub Scouts. After a couple of years, we received a legal letter from Scouts Australia saying we couldn’t use the word Scout in our name, so after running through hundreds of different options, we landed on Sport.

TELL US ABOUT HOW AND WHEN YOU FORMED.

I started writing songs when I was in high school, then I wanted to record and play them with a band so I got in touch with Bolan and Zo who I knew from school and Dan who I knew through other school friends. We played together for a couple of years before recording and releasing our first single ‘Evie’ in 2011.

WHAT’S THE MUSIC SCENE LIKE IN BRISBANE, AND AUSTRALIA AS A WHOLE AT THE MOMENT?

It’s really exciting! There’s so much great music coming out of Brisbane spanning across lots of different styles. It sounds cliché but I really do feel a sense of community within the music industry here. There are so many other creatives who are contributing to the scene – I love being able to collaborate with local photographers, stylists and videographers to further express the vibe of the music we’re creating.

WALK US THROUGH A CUB SPORT REHEARSAL.

Bolan and I have a studio/rehearsal space downstairs at our place, so we have practice there. It’s always pretty chill. Our dogs Missy and Evie come hang out at every practice. Whenever I sing really high, Evie sings along – one of our songs ‘Hawaiian Party’ has some super high falsetto parts which are Evie’s favourite.

YOU SPENT SIX YEARS WORKING ON YOUR DEBUT ALBUM – WHY?

It wasn’t really six years work on one album – we released a couple of EPs in our first few years as a band, then started working on our debut album in 2013. We recorded our debut ‘This Is Our Vice’ in 2014 but didn’t end up releasing it until 2016.

WHAT EXACTLY IS YOUR VICE?

AS A BAND, HOW DOES YOUR LATEST LP ‘BATS’ MATCH UP TO ‘THIS IS OUR VICE’? WHICH IS MORE FUN TO PAY LIVE?

The progression from ‘This Is Our Vice’ to ‘BATS’ feels like a good reflection of our personal development. In between releasing albums I came out as gay, Bolan and I got together (we’re engaged now!) and I also learned to trust myself more with production/recording at home which has impacted our sound a lot. There are a couple of songs off ‘This Is Our Vice’ that I really love playing like ‘Come On Mess Me Up’ and ‘Only Friend’ but I’d say BATS is more fun to play live just because it feels so real and true to who I am now.

IF YOU HAD TO MOVE TO A DESERT ISLAND, WHICH OF THE TWO WOULD YOU TAKE WITH YOU?

WHO WOULD YOU DESCRIBE YOUR MAIN INFLUENCES AS? MUSICAL & NON-MUSICAL.

My biggest inspirations are Frank Ocean, Solange and Kanye West. I love their commitment to what they’re creating and the way it’s bigger than just the music they make.

TIM & BOLAN, CONGRATULATIONS FROM WHAT THE FUNK? ON THE ENGAGEMENT! – SURELY CUB SPORT HAVE TO BE THE WEDDING BAND?

Thank you! Haha – I think we might give everyone the night off for it!

We’ve got our ‘BATS’ tour hitting Australia in Feb/March and the US and Canada through April/May! We’ll be playing some festivals and have plans to tour the UK/Europe too!

TELL US YOUR TOP FIVE ALBUMS OF ALL TIME, IN ORDER.

IF YOU COULD COLLABORATE WITH ANY MUSICIAN DEAD OR ALIVE, WHO WOULD IT BE?

WHAT’S YOUR FAVOURITE CUB SPORT SHOW YOU’VE PLAYED AND WHY?

A couple of weeks ago we played a really cool show at the Gold Coast – the room was rammed to over capacity and the vibe in the room was so full of love! We played our song ‘Come On Mess Me Up’ second-last in the set and the applause/screaming that followed went on for over a minute until I actually asked them to stop ‘cause I thought I was gonna cry. It was seriously special!

TELL US ABOUT THE WORST RIDER YOU’VE BEEN GIVEN BY A PROMOTER.

Bolan’s a coeliac, so the worst riders are whenever they forget the gluten free treats!

HAVE YOU HAD ANY SURREAL FAN ENCOUNTERS?

Yeah! The most surreal moments are when we hear that we’ve helped people come to terms with their sexuality or learn to cope with mental health struggles. There are people who have told us that they’re still alive because our music has helped them – it’s so surreal that our music has played such an important role in these peoples’ lives. 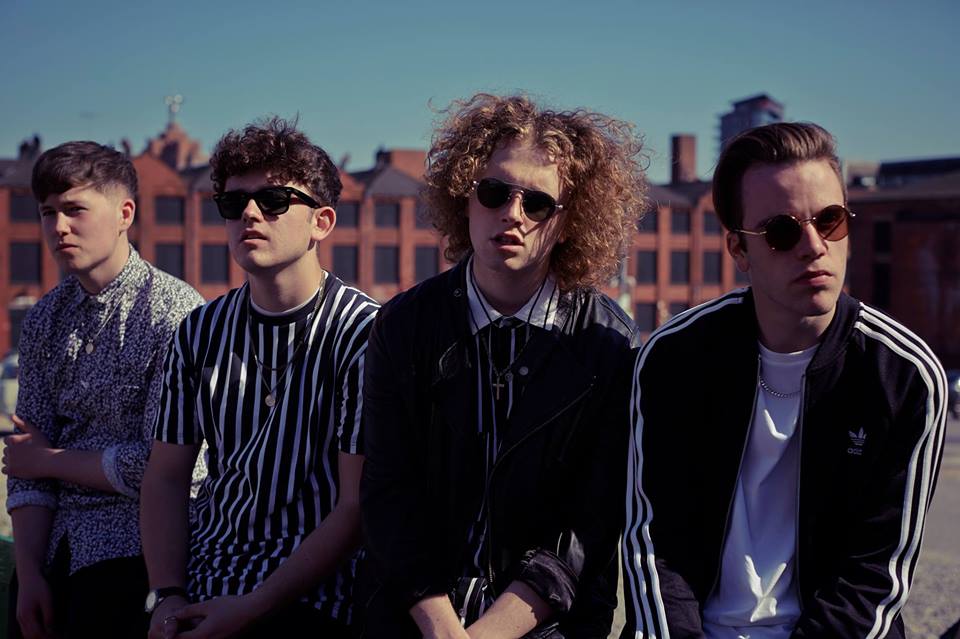 WE SAT DOWN WITH // CLAY 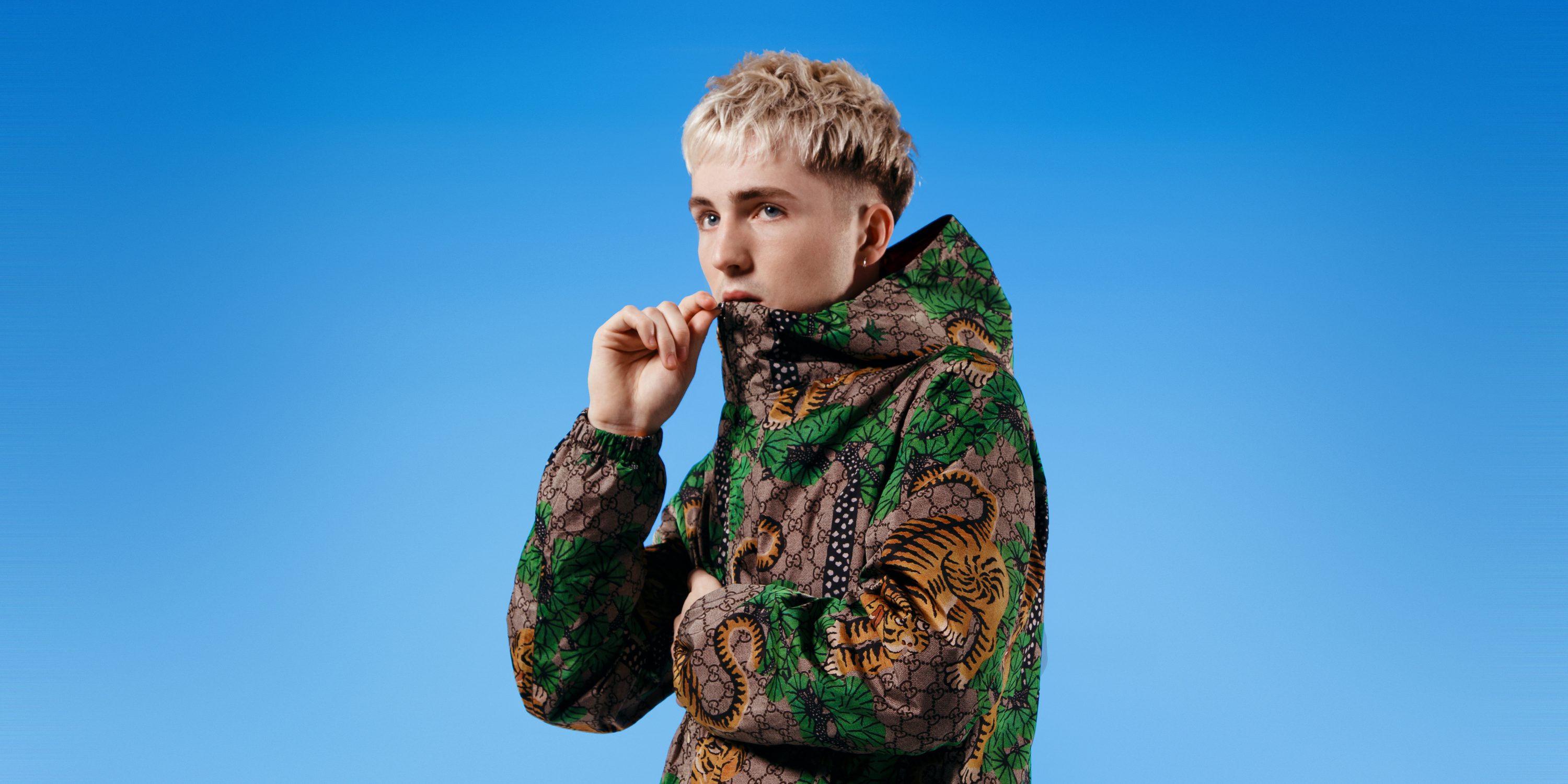 WE SAT DOWN WITH // WILL JOSEPH COOK