WE SAT DOWN WITH // IDLE FRETS

It’s refreshing to see a band as committed and determined to get their music heard as Idle Frets, who have been playing together as a band for six years and counting. We got to pick the brains of the indie-pop four-piece hailing from Chester and Liverpool, who since 2011 have embarked on a UK tour, signed a 7” single distribution deal with Flying Vinyl for their tracks ‘Now You’re Back’ & ‘Aftershow’, achieved BBC radio airtime, worked with No. 1 producer Al Groves at the famous Motor Museum Studios in Liverpool, all whilst studying for their degrees at University. Oh, we forgot – they have also supported bands like The 1975, Catfish & The Bottlemen, Blossoms, PLUS got a shout out from none other than PHILIP SCHOFIELD on live, national TV. Queue interview…

WHAT WAS THE FIRST ALBUM THAT YOU EVER BOUGHT?

Ben: Can’t recall exactly but remember listening to different types of things from the 1st Mika album to Thin Lizzy!

Erin: If I’m honest I can’t remember the first album I bought because my family are all massively into music so we all used to buy stuff together, but what I do know is that my first was gig was STEPS!

David: I think the first album that was given to me was 5ive. Belter.

Luke: I think it may have been Uncle Kracker.

WHO IS YOUR BIGGEST INSPIRATION, BOTH MUSICAL & NON-MUSICAL?

Erin: Musical Inspiration – I hate this question because when I was a little girl, I deffo wanted to be the next STEPS, Pink, Spice Girls, Mcfly, Busted (MASSIVE pop princess), but for drumming I couldn’t pinpoint one because I take inspiration from so many people. I listen to too many different genres to decide on one…? Rubbish answer I know!  Non musical – my Mum and Nan. Both strong, sassy, classy, fabulous women!

HAVE YOU EVER OWNED A FLAME SHIRT?

Ben: What’s a flame shirt? I had one of those ones that lit up to noise, was well jazzy me!

Erin: No! Haha but I did go to school with Ben and he was deffo the typed to rock a flame shirt I reckon, with his little spiky fringe and blonde highlights that he really did rock!

David: I’m wearing over 13 of them right now.

HAVE YOU GOT ANY BAND RITUALS?

Ben: Be late, get pissed & have a laugh! Occasionally we actually do productive rituals like vocal warm ups and what not, but who’s interested in that hey.

Erin: Dave and I do ‘the psych dance’ before we go on stage every time – it’s always the same and it’s always hilarious. We’re usually both too pissed and nervous.

Luke: Rave likes to beatbox whilst Ben, Ez and I do vocal warm-ups.

David: Wingdings. Wait, what was the question?

SO WHAT’S NEXT FOR IDLE FRETS?

Ben: New single dropping soon with a video which sounds and looks class. It’s going to be big.

David: I think me and Luke are going to open a Mexican themed restaurant named Chimchanga and live the burrito life.

WHAT HAS BEEN YOUR BIGGEST GIG TO DATE?

Ben: Personally for me, when I sang ‘Blue Moon‘ on the pitch at Manchester City just before the players came out for a Prem game. Dream come true!

Erin: We opened the main stage at a festival of 10,000 people once, and supported Razorlight and The Feeling… I remember getting my hair and makeup done before I went on stage and I felt like a real rockstar!

David: Our first London headline gig was pretty crazy. It was in a tiny sweaty sold out venue and it went off.

Luke: For me it was our Liverpool headliner back in May, the turn out was incredible and the atmosphere was electric.

WHO’S THE WORST PROMOTER YOU’VE EVER PLAYED FOR?

Ben: We did a gig once, not mentioning names, where it ran well over because they failed to tell us there was an open mic night happening. On the same stage. IN BETWEEN THE CHANGE OVERS. Nightmare!

Erin: Don’t want to mention any names! But there is deffo a promoter that time and time again we discuss disliking for various reasons, we don’t like miserable promoters man! Enjoy your job people!

WHO’S THE WORST AT THEIR INSTRUMENT IN THE BAND?

Ben: Dave. I’ve never even seen him play the jazz flute. I think he’s a liar to be honest.

Erin: Our Merch girl and Tech lad have both said on many occasions they’ll be backup percussionists, but i’m yet to see them bring a triangle or cow bell to a gig or rehearsal, so I’d deffo say those two out of the team.

David: I almost exclusively play with a guitar hero guitar – medium difficulty. So I’m not sure who’s the worst but it’s clearly not me.

Luke: I’d say me due to inexperience as I used to play guitar back in the day. But, between you and me, I was still pretty shit then.

WHAT’S THE SHITTEST RIDER YOU’VE EVER BEEN GIVEN?

Ben: Tap water and a moist pat on the back.

Erin: If I’m totally honest… I just don’t like beer! So quite a few!

David: I’m not naming names but some plant pot in the band decided to ask for hummous and pitta bread instead of booze. Rock and roll… next we’ll all be vaping.

WHICH BAND MEMBER IS MOST LIKELY TO END UP DISCUSSING 9/11 CONSPIRACY THEORIES AT A HOUSE PARTY AT 6AM?

Erin: I feel like every time the band are together me and/or Dave are hungover so probably us, but not with each other!

HAVE YOU EVER PERSONALLY RAN THROUGH A FIELD OF WHEAT?

Erin: Yes! I ran through the field with the big TM holding her hand, before I tripped her over and she needed the medical attention from a sector of professionals who are obviously extremely unimportant to her.

David: No but I’m always open to trying new things. I also like long walks on the beach and amateur witchcraft.

Luke: Nah, but once had a bath in weetabix. 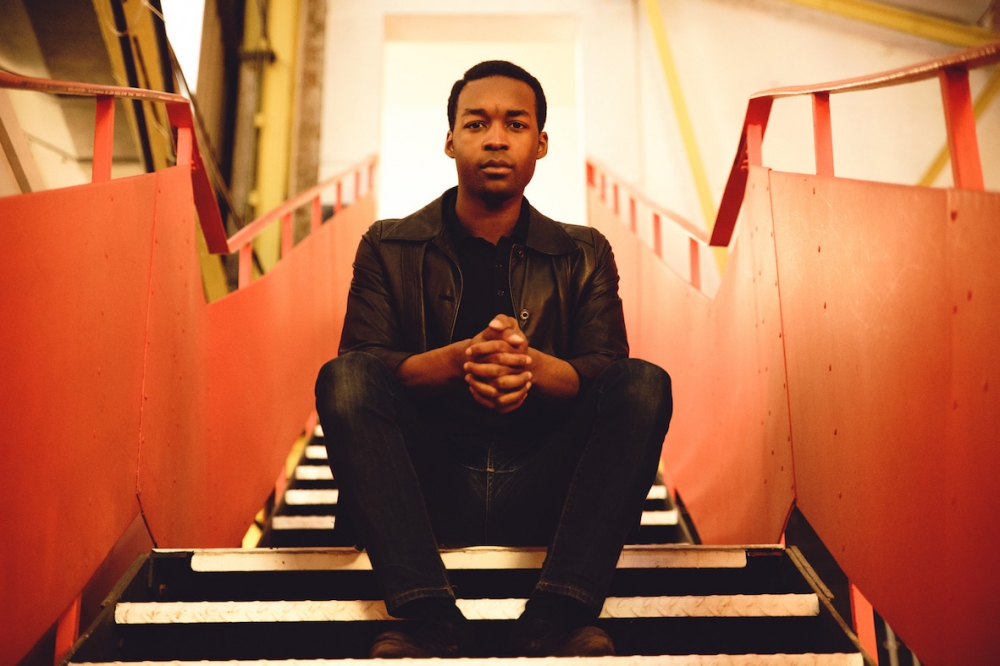 Words by Nico + Hugo It’s refreshing to see a band as committed and determined to get their music heard as Idle Frets, who have been playing together as a band for six years and counting. We got to pick the brains of the indie-pop four-piece hailing from Chester and Liverpool, who since 2011 have embarked on a […]

WE SAT DOWN WITH // RAT BOY

Words by Nico + Hugo It’s refreshing to see a band as committed and determined to get their music heard as Idle Frets, who have been playing together as a band for six years and counting. We got to pick the brains of the indie-pop four-piece hailing from Chester and Liverpool, who since 2011 have embarked on a […]