If you’re just finding out about the new deep tan track ‘deepfake’, then you’re already late to the party – but worry not, we’re here to help you crash it.  Already featured on Spotify’s ‘Alt. Rocked.’ playlist as well as receiving hefty support from BBC Introducing, this lot are here to not only rock the boat but also reiterate the importance of consent.

An explosive and wonderfully haunting new track about the right to (the image of) one’s body, deep tan have started a very important conversation about the online misrepresentation of people, especially within pornography. We wanted to ask them some questions about their controversial new song as well as get an understanding of the irony behind their music video being taken down due to purportedly violating YouTube’s Community Guidelines & Policies.

We adhered to all social distancing rules and emailed back and forth the following interview questions. We’re very excited to see what the future holds for them, with the only downfall being having to wait to see them perform this live.

Hi! Tell us a little bit about deep tan.

We’re Wafah, Celeste and Lucy. We live in London.

Could we have some insight about the inspiration behind the song ‘deepfake’?

Could you give us some more insight into the lyric “mon corps n’est plus à moi”?

It means ‘my body’s not mine anymore’ and is spoken from the point of view of the person who’s been deepfaked. It’s like they’re looking at themselves from the outside and not able to recognise the new, AI-collaged version of themselves. A kind of digital, outer-body experience.

Could you comment on the irony behind your music video violating the community guidelines of YouTube, when there is no protection against the exploitation of people’s image in pornography and beyond? When there are even tutorials on YouTube on how to make deepfakes, yet a song that raises awareness of the mental and emotional implications of them is deemed inappropriate?

How should we as readers promote the notion of consent unapologetically?

The subject of consent is something that everyone should have on their radar. Adding new dimensions to the conversation keeps it going and continues to push the agenda. For us to truly have equal rights between the sexes (and equal rights in general), consent is absolutely key.

We just filmed a live version of our track ‘deepfake’ with Stolen Sessions, who are amazing and who you should definitely check out. They’ve done incredible sessions before with bands like Working Men’s Club, Sorry and Porridge Radio. Our session was filmed in a tanning salon called Tanning Point in Stoke Newington, London. The song is quite dark and driving, so filming it in a tanning salon was a very funny juxtaposition. We’re all dressed in black leather looking like we’ve stepped out of The Matrix and right into this very summery-looking salon. You should watch! That’s launching soon, as well as our official music video for ‘deepfake’. Apart from that, we’ll be writing and recording. 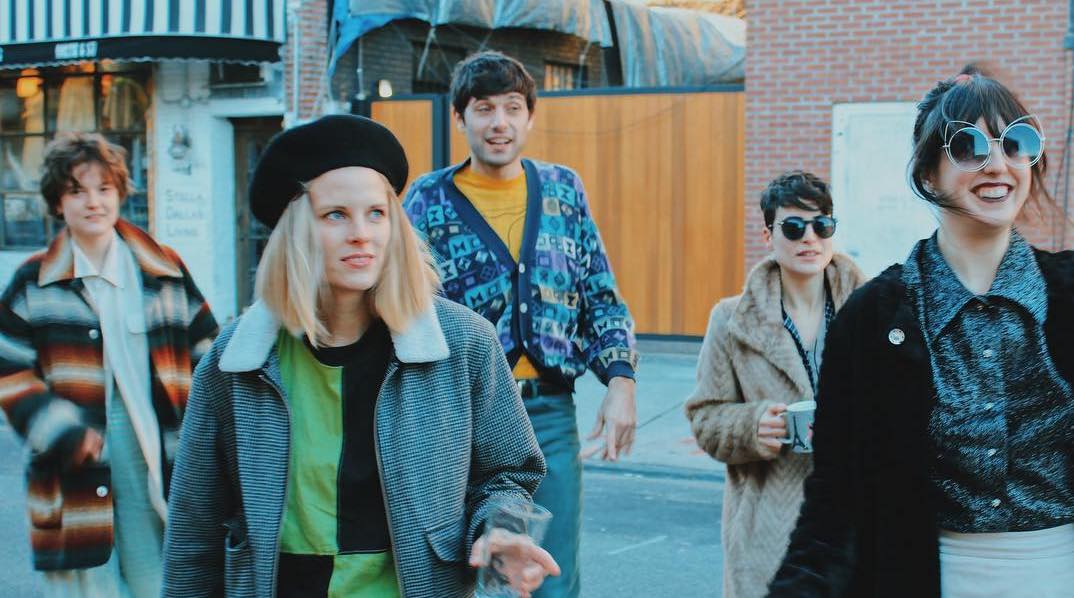 If you're just finding out about the new deep tan track 'deepfake', then you're already late to the party...

If you're just finding out about the new deep tan track 'deepfake', then you're already late to the party...