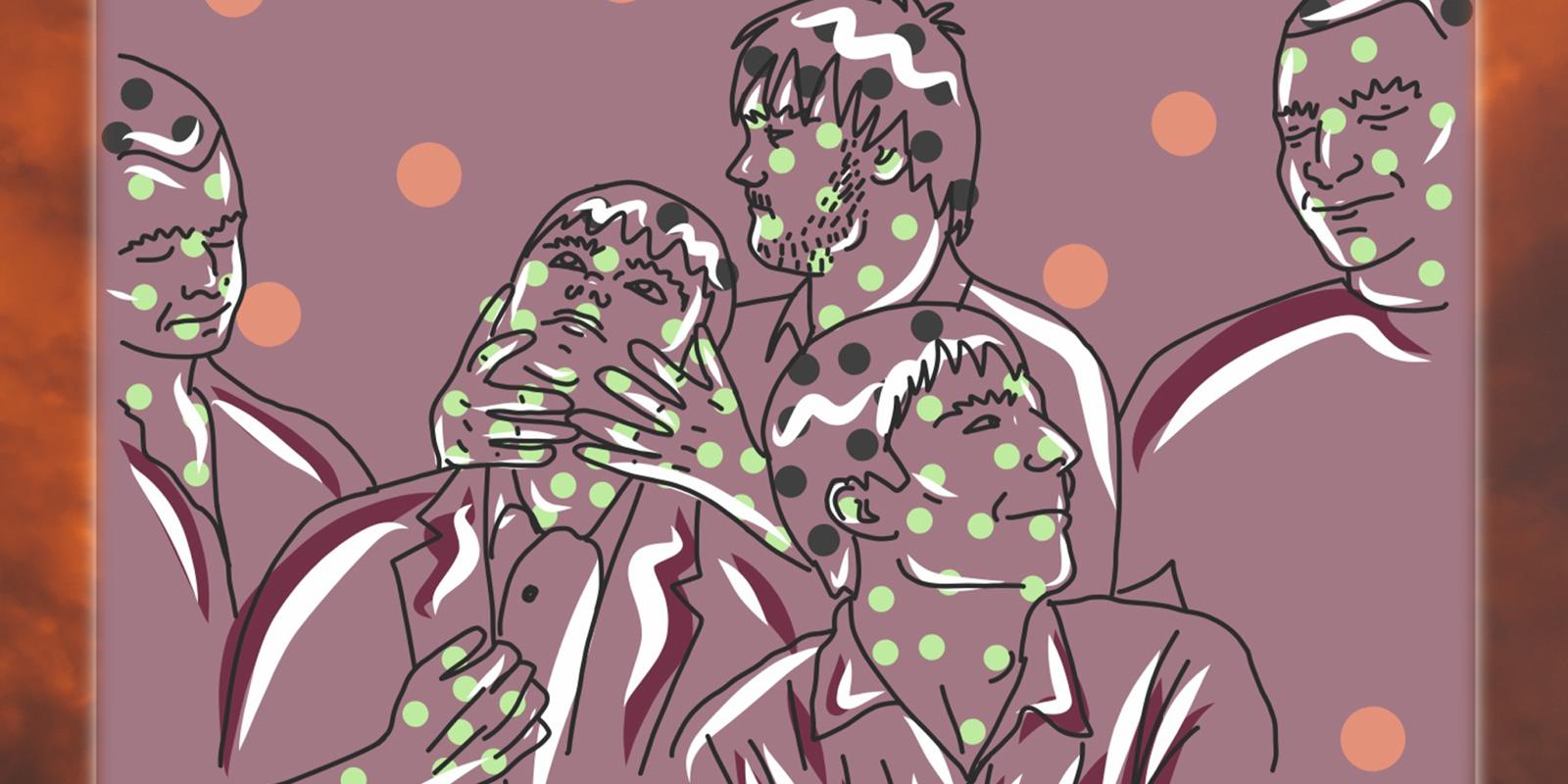 Home Counties are fun, and they know it. Already one of Bristol’s most exciting and refreshing new acts, and hot off the release of their jagged debut EP entitled ‘Redevelopment’, they’ve returned with a jamboree of a track, ‘Modern Yuppies’.

The track is rooted in the synth-haven world of the 80s, and the song deftly compares that past with the present. Singer Will Harrison comments “The song is a comparison between the young urban professionals of the 1980s to those of today. It discusses the differences, the way that arrogance and conservatism have made way for self-doubt and socially ‘liberal’ political positions. Ultimately however, they are both plagued by the same condition – of constantly needing more.”

While the lyrics are pointed, the music of ‘Modern Yuppies’ tells the real story. Home Counties have evolved from a traditional guitar-driven indie rock band to one successfully exploring and experimenting with new musical toys and influences. The song features a massive, cheesy synth solo that is a wink to the excesses of the title characters they’re identifying. The sound so extravagant, it would make members of The Human League blush.

Home Counties’ sonic evolution is not only a necessity to the subject matter of ‘Modern Yuppies’, but creates an eccentric new roadmap for the band.